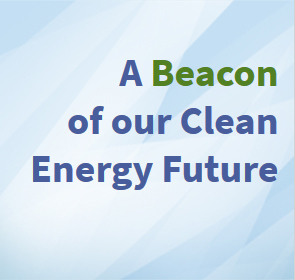 What is the driving idea behind this project?
The purpose of this project is to create a renewable energy addition to the power supply, reducing dependence on fossil fuels, curbing greenhouse gas emissions, and stimulating economic development. This mission is consistent with the energy and economic goals of municipal utilities, the Commonwealth of Massachusetts, and the nation as a whole.

How much “greener” is this energy facility going to be than other more traditional forms of electricity production?
This project significantly reduces greenhouse gas emissions that would have been created if the electricity was produced in a nonrenewable manner. Over the life of the turbines, which is at least 20 years, operation of the Berkshire Wind Power Project will offset nearly 800,000 metric tons of carbon dioxide (CO2) production and the use of 1.45 million barrels of oil.

What are the project details of Phase II?
Construction of two new, GE 2.3 MW turbines began in late 2018 and was completed in the summer of 2019. The new turbines were built on land previously cleared for the original project on the Brodie Mountain ridgeline. Improvements in blade technology allow the new turbines to begin operating and generating power at lower wind speeds, further increasing potential output for the wind farm. Phase II reached commercial operation in November, 2019. The addition of the new turbines increased the site’s capacity to 19.6 MW.

How does this project impact the local communities where the project is located?
There are numerous ways in which the communities benefit, including the recognition of hosting the state’s first commercial-scale and second largest wind project. More directly, the community is benefiting from payments in lieu of taxes from the Berkshire Wind Power Cooperative to the towns of Hancock and Lanesborough, where project property is located.