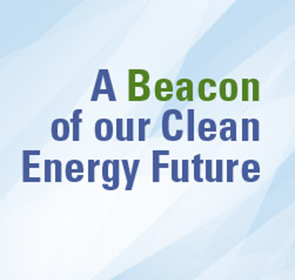 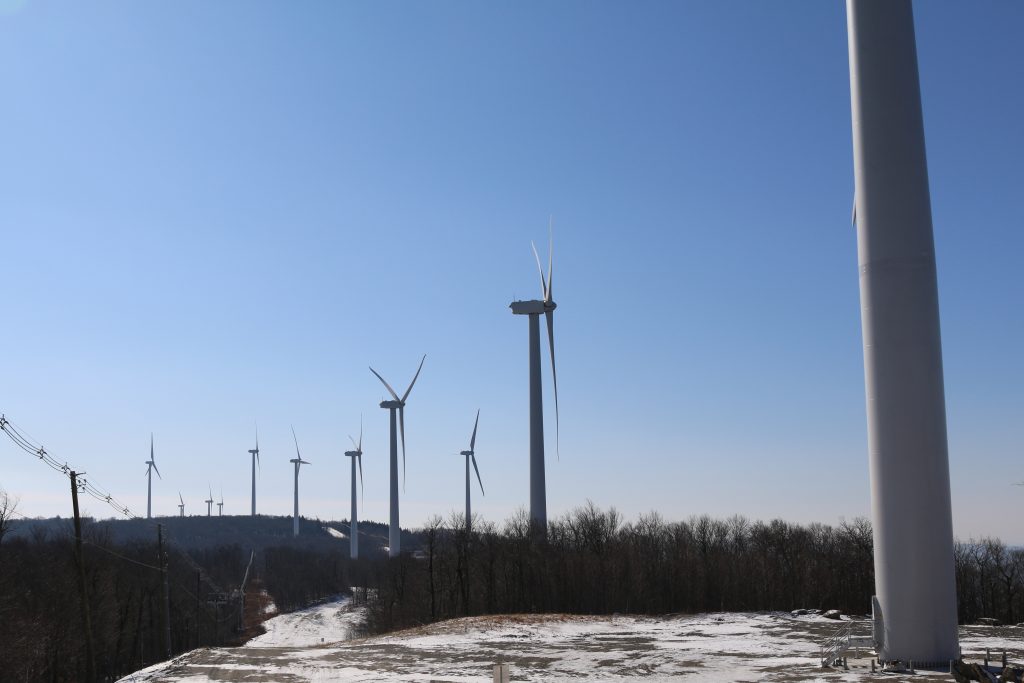 Phase II of the Berkshire Wind Power Project has reached commercial operation, bringing the wind farm atop Brodie Mountain to 12 turbines and a generating capacity of 19.6 megawatts.

Construction on Phase II of the project, located in the towns of Hancock and Lanesborough, began in January.  The expansion included construction of two, 2.3-megawatt turbines, adding to the existing ten-turbine, 15-megawatt project.  The project was financed with an $11,780,000 private placement.

Improvements in blade technology allow the new turbines to begin operating and generating power at lower wind speeds, further increasing potential output for the wind farm.  The additional turbines were erected on land previously cleared for the original project.  The two new turbines are expected to reduce greenhouse gas emissions by 7,400 tons of carbon dioxide per year by displacing natural gas generation, the predominant fuel source in New England.

When it began operation in 2011, Berkshire Wind was Massachusetts’ largest inland commercial wind farm and the first of its kind. Today it is the state’s second largest wind farm, operating successfully at one of the windiest sites in Massachusetts with an average capacity factor of nearly 40%.

MLP participants in this second phase of the project include the municipal utilities in Boylston, Chicopee, Hull, Ipswich, Marblehead, Peabody, Russell, Sterling, Wakefield and West Boylston.

Innovative in its thought process, MMWEC, 17 years ago, signed a contract in 2002 with Berkshire Wind’s original developer to purchase all of the project’s output. In 2008, with much of the permitting completed but no turbines erected, the developer sold the project assets to the BWPCC, which brought the project to commercial operation in 2011, marking what then-Governor Deval Patrick called “a new era of renewable energy development in Massachusetts.”

“MMWEC and its MLP members have long been leaders in integrating renewable technologies into their power portfolios, dating back to the construction of the Princeton wind project in 1984,” said MMWEC Chief Executive Officer Ronald C. DeCurzio.  “The expansion of the Berkshire Wind Power Project further demonstrates the commitment of MMWEC and its MLPs to helping the state and the region meet carbon emissions reduction goals now and in the future.”

Under contract with BWPCC, MMWEC operates the project, manages its output and coordinates operation with the regional power grid.

MMWEC, as the joint action agency for public power in Massachusetts, provides a variety of power supply, financial, risk management and other services to the state’s consumer-owned, municipal utilities. MMWEC was created in 1969 and through an act of the state legislature became a nonprofit, public corporation and political subdivision of the Commonwealth in 1976, empowered to issue tax-exempt bonds to finance energy facilities for the benefit of municipal utilities and their customers.